Warsaw, 9 August 2018: Asseco South Eastern Europe Group, (WSE: ASEECOSEE, ASE) has announced second-quarter and half-year 2018 financial results according to which the company recorded 5% increase in sales revenues compared with the first half of 2017 reaching EUR 37 million in the second quarter and EUR 70.1 million after six months of 2018.

Financial results of ASEE Group in the second quarter of 2018 are comparable with a very good second quarter of the last year. I am glad that this was thanks to the so far weakest System Integration business unit as well as to consistently strong performance of Payment business unit, especially business lines responsible for POS maintenance and card processing. Among news it is worth mentioning that we have extended our Payment offer with new independent own ATM network MoneyGet deployed in tourist destinations in Croatia and Montenegro. However since it is just launched the business results of MoneyGet will come in future - commented Piotr Jeleński, President of the Management Board of Asseco South Eastern Europe S.A.

Operating profitability of ASEE Group in the first half of 2018 reached 10%. Whereas net profit after 6 months of 2018 totaled EUR 6.3 million, up 4% compared with the same period of the last year. The company announced backlog value for 2018 amounting to EUR 124.4 million, up 10% compared with 2017. 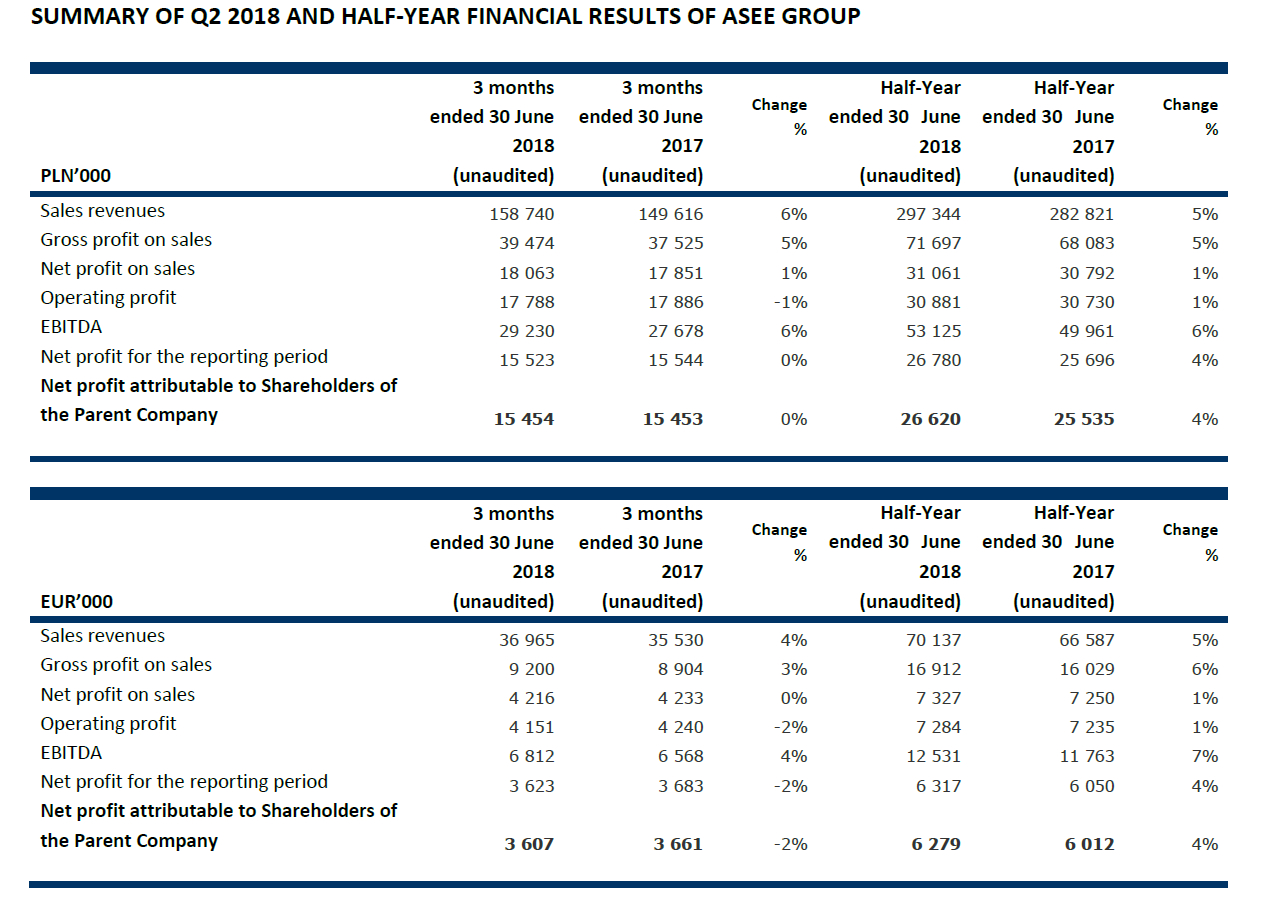